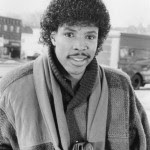 apparently i do not have what it takes to write marketing material for an ethnic haircare company. when i applied for this job about a month ago i immediately thought of coming to american and eriq la salle hawking soul glo. (i really preferred him on ER.) about two weeks ago i had an interview. i did not say anything because every time i've had an interview before i talked about it and didn't get the job. so, i started thinking like a baseball player who wears the same dirty socks all season when he's on a winning streak--i would not jinx myself by speaking of the interview.
it went really, really well. at least i thought so at the time. the company is small and they do indeed make black haircare products. the two women who interviewed me were friendly and gave me positive feedback. during the interview they asked me what my favorite book was. i said eat, pray, love (mainly because that's what had been on my mind at that point, not because that is my fave book ever). they then gave me about 30 minutes to write a tweet, blog post and and email ad for eat pray love. holy crap. again, they said it was good. they left me w/ the impression that they liked me for the job and that they would be moving quickly to fill it.
i called a week later (something i don't normally do because companies tell you not to call). i called again this week. she said she was just the first step on the interview ladder and she was sure there would be more interviews to come, but they were swamped right now. ok, i still had hope.
last night i got an email from the company thanking me for my time but telling me they didn't think i was a good fit for the position. ah....nice way to kick off the weekend, rejected. there is no soul glo in my future.
Penned by creative kerfuffle at 11:23 AM

PS I totally forgot that was Eric LaSalle for Soul Glo. I just saw him in a very bad giant animal attacks movie.

Perhaps because there is something better coming up for you soon. That is what I will be thinking for you.